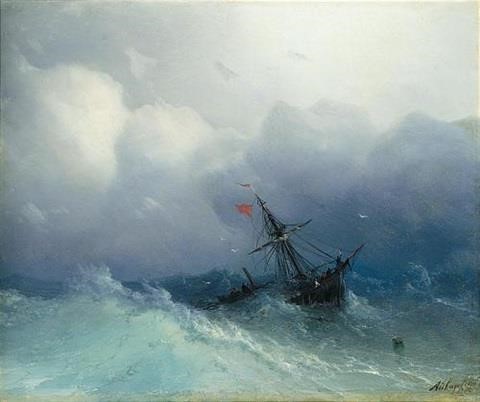 “Yippee!” was the motto of the medieval crew leaded by captain Salvador Dalì. He was a famous writer who, unluckily, quitted writing books because of the huge failure of his book titled: “A new discovery: the flying donkey”. Therefore, sadly, he hid himself on a ship and pretended to be the new captain of it, named captain by Fabular (the king of the region).

Diegos was a vagabond since when he was born, he had never found anything he could be fond of, and so decided to be a sailor. And Tuelvio did never say who he was or what he had done before, he was a mysterious man. At the beginning Filippien, Diegos e Tuelvio were really puzzled when Salvador arrived, but then they got easily used to him. Salvator didn’t allow them to go back home even for a few time. They were travelling to make new experiences and when they did not have any food they were going to steal it in an island or in small villages they were founding in the middle of the sea.

Once, during the winter there were rough seas and waves and sea droplets spoiled the faces... And, at one point, a piece of ship broke down and the entire ship sank in water. 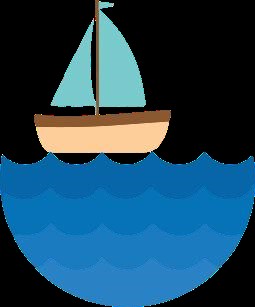 There was a total panic and Diegos, who was suffering from heart diseases, was in a really difficult situation. Salvador took a strong decision: he wanted to throw the entire crew in the sea in order to swim until the first small island. Unluckily Filippien, Diegos e Tuelvio were not such good swimmers, so that Salvador had to take them one by one and bring them to the island.

After a while, every one of them arrived. They were all wet and, in order to dry their clothes, they put them into some dried coconut shells. They stayed in that island for some days until Tuelvio, one night, took some tree branches and built a canoe, hoping to sail again. Since they were not sure to survive in that small island, they accepted to sail again and, even if the canoe was too small for them, they managed to leave. A few hours later, Filippien saw a village near a mountain, it looked like a mirage but, in getting closer to it, they realized it was real. They started to look for help, but even if there were people, they couldn’t communicate with them. They were tall and tough, and they could not speak their language. Salvador told the crew not to worry because he had understood which language was. But, even if they knew which language was, they could not speak with the inhabitants who were oddly looking at them. Diegos called the crew and Salvador to tell that he had found a small ship near a house. The sailors understood what he was planning to do even before he said it, and they accepted the idea without hesitations.

When the sun went down and the moon appeared in the sky, they pushed the ship to the water and jumped on it. Diegos, even if he suffered from heart diseases, was pushing with all his forces and in a few minutes, the ship reached the water. In a very short time they had abandoned the island. Late at night, the crew fell asleep and woke up for a big thud...Filippien was the first who woke up and awoke all the crew as soon as he realized he was not dreaming.

They were in front of a white, huge expanse of land with some craters. They were astonished by that strange landscape and they were moving on and on without a direction. Until Tuelvio said it was necessary to understand what that strange, white expanse was...At the beginning nobody of them was able to understand what that was, if it was white lava which turned white for some strange reason or for a sorcery...

Salvador thought they were on the moon, for a mysterious reason.

Nobody had never managed to be on the moon, so the crew was happy, just until Diego asked Salvador how they could escape from there.

Since they didn’t know how they arrived there, they couldn’t go back. They stayed there for many days, they slept on the ground and they had some practical, survival problems: hunger, thirst, pain... 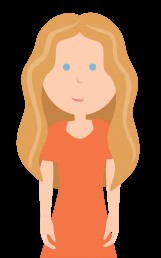 They were stuck in a difficult situation. Until one day, Filippien, Diegos e Tuelvio saw a woman coming closer to them. She had long, blonde hair and blue eyes... Amazed by her beauty they were there, standing still and watching her, then Salvador woke up and saw them, wondering why they were immobile. At that moment he understood that woman was his sister!

The white expanse was the beach behind their villa and he found also his atelier in a total mess. She was looking for Salvador and calling him with all her voice, that’s why the crew woke up. Feeling ashamed, Salvador explained the fact to the others and was afraid to be judged. On the contrary, the crew understood him immediately, and, after a few time, bought a new ship in order to leave and have new adventures.

After almost a year of adventures, the crew was like a family.

They didn’t have names but nicknames.

FIlippien was named ‘Dow’, because he was going to take water down in the dormitories. He was always going ‘down’.

Tuelvio, was called ‘Rob’, like the goldfish he had lost in the sea.

Diegos became ‘Raef’, because he feared everything. At the beginning he was called ‘Fear’ but he hated that nickname, and his mates changed it in ‘Raef’.

Salvador was the only one who kept his name, because, so proud of himself, he liked it too much to change it.